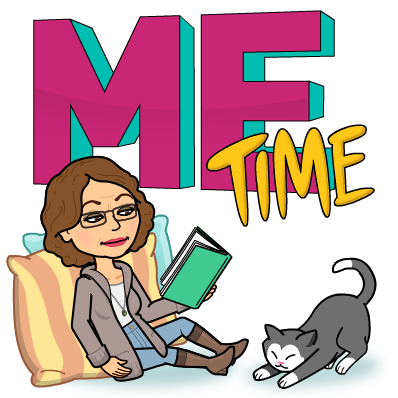 It was a long week last week. Everyday started at 6:30 AM ended around 7:30 PM with a meeting. Luckily, there were slow times in between where I could run home and walk my dog, but I had some very long days even for somebody who usually gets up early. I’m waking up now at 4:15 AM in order to squeeze some yoga in, cook breakfast, take care of the animals and get out the door on time. I appreciated being able to sleep in this weekend even though “sleeping in” is about 6 for me.

I started a 31 day yoga practice with a YouTube yoga teacher named Adriene. The practices are about 25-35 minutes, and she varies them from day to day. Her practices are moderate in pace, and she has a great knowledge of meditation and pranayama, too. So, when I saw she started a “Revolution 31-Day Practice” January 1 I decided to give it a try. I’m a little late starting but it doesn’t matter. The sessions are recorded. But I think they will be a better wake-up call for me than hitting a cup of coffee or tea first thing. I did Day 1 today, and I felt so much better after doing it.

I’m also in a Virtual Boot Camp. It’s led by my friend and coach Jessica, and it’s a sane but effective strength-training and cardio series. We do three “circuit” trainings per  week which last 30 minutes each. I usually have no issues squeezing them in, but last week’s time suck really knocked me off the program. I only got one circuit done. I’m committing to doing tomorrow’s circuit no matter what, so I just cooked up a bunch of veggies and fruit for tomorrow’s dinner. I can just saute’ a fish filet, and I’ll be eating.

Yesterday I met up with another Michigan blogger here in St. Joe. Stacy has been following my blog since I moved up here, and we’ve been chatting off and on about meeting each other. We finally did it yesterday, and it was really fun to talk with another blogger and writer. During our conversation, I found out her boss was one of my best friends! She told me about ice fishing which is a big hobby of hers, and she shared many stories about snowmobiling in the Upper Peninsula of Michigan. Apparently, the groomed trails up there are very popular, and she said people snowmobile at about 80-100 mph. I’d love to go up there and experience that. But she prefers the slower pace of ice fishing. She explained to me that the huts that I see on the lake are more for parties. Most people just go out on the ice, cut a hole and fish. She brings a Coleman lantern to warm up her fingers when they get cold, and she gave me a tip to wear a mitten over my gloves to keep my hands warm.

I also met up with my friend Karen yesterday and then went ice skating at the local rink. I’m getting better. I’m able to glide a little, but I did fall twice in rapid succession last night. I lived to tell about it, and when I left the rink at the end of the evening, this woman stopped to tell me how good I was. I laughed because I thought she was being sarcastic, but she said she was serious. I don’t know that I’m good, but I am not as scared as I once was, and I am feeling like I’m actually skating now. My friends John and Marge run the concession stand, so I get to visit with them while I’m there. It’s great fun and exercise for only $5 a pop.

I had great intentions to go to the gym this morning, but my garage door opener didn’t work. My car was stuck inside the garage, and I don’t have a door on it. I had to call my neighbor, and her boyfriend came over and helped me. We finally managed to pull the cord to release the door without breaking a window, but it was very cold standing out there trying to do that. It’s an old garage door opener, so I don’t think I can program a new remote for it. I think I’m going to have to get a new one or just do without.

The rest of the day I just cleaned the house, deep-conditioned my hair and got food ready for the week ahead. I took Ashok for a walk at about 5, and it was so beautiful out. The sun was shining, and Lake Michigan was frozen over almost to the end of the pier. Silver Beach was deserted except for a few people taking photographs. I wish that a photograph could show you what it looks like, but there’s just no way to capture the icy magnificence unless you are immersed in it.

Ashok is getting used to her new booties!

I’m seriously considering getting in shape to run again. I don’t know that I want to do long-distance running anymore, but I’d like to be able to run a few miles to get my heart rate up a little higher than when I’m walking. I have something going on with my piriformis right now, so I’m really on the fence of whether I should try to run or not. But it’s just hard to get motivated to go to the gym, and I feel like I need something that’s also good for my soul. Running really fits the bill, and it can be done in 30 minutes. We’ll see where I land on that.

I hope you are noodling some healthy behaviors right now. I’m not a big fan of New Year’s Resolutions, but I am a big fan of fresh starts. I’ve learned over the years that exercise of any kind gets boring to me after awhile, and I’m always having to change it up. It’s so important for my well-being.

Have a great week, y’all. Get out and move. Your body will thank you.

← “Welcome Aboard,” The Conductor Said
Grappling with my Shortcomings →

Talk to me, please... Cancel reply

I am a 50 something Louisiana gal who has lived all over and is still on the move in Michigan. I'm silly, sexy, spiritual, serious, sarcastic and sweet. Surely there's something here for you...grab a cup of coffee and stay awhile.

A different kind of credit union! Plus they hired me!!! #kalamazoomalldistrict
Making ice cream!!

Hits of the Past Week

Topics That I’ve Written About

My Blogs By Topic