It’s finally here!! I’m making my first journey home from St. Joe. I booked my flight awhile back. You know I’m not going to Baton Rouge after it gets too hot, and with this warm winter, that’s next week. So I found a cheap flight from O’Hare to New Orleans, and the day has finally arrived.

I could pay about $300 more and fly out of South Bend which is much closer, but that’s a flight that always stops in Atlanta. Every single time I’ve flown from South Bend to Louisiana, it’s been a 12-hour travel day. Delays, weather, the big flood in Louisiana and even a detour through Charlotte have plagued all of those flights. It’s worth it to take more time on the ground and travel to Chicago for a nonstop trip. Besides, they have better snacks here!

So, I left the other side of the lake this afternoon and boarded a bus in Indiana headed for O’Hare. The driver was so nice, and the bus wasn’t crowded at all. While she fought Chicago Friday afternoon traffic, I texted my sister, ate some nuts from Starbucks and read the New York Times. It was a stellar way to get to the airport, and the parking was free at the bus stop. By the time I would have paid $20 a day to park at O’Hare, the bus ticket was a wash.

It’s been awhile since I’ve flown, and I’ve flown out of small airports the last few years. I checked in for my flight on my phone on the bus and purchased my pass to check a bag. When I got off the bus, I just walked over to a kiosk where I printed my own bag tag, slapped it on my bag and handed it to the counter guy. It all took about 2 minutes. They gave me a pass on the TSA check, and I sauntered right through security without stopping. It was so easy!

I arrived at the gate and immediately got an email that my flight was delayed but, at this point, I’ll only arrive 30 minutes late. As easy as this trip has been, I’ll not complain. I’m sitting at a Starbucks now trying to decide if I want to grab a healthy snack. I didn’t eat dinner, so I’ve been snacking on fruit and nuts. And I get to spend the night at Michael’s house. Yay!

As far as my sugar journey, I messed up today. It was an accident, but I ate some sugar at lunch. I didn’t realize sloppy joe meat had sugar in the sauce. Of course, I don’t know how much, but I looked up a generic sloppy joe nutrition guide, and it said 32 g. That’s about 2 teaspoons of sugar. I could tell immediately after I ate it. I got a little light-headed, and I did not feel good. After a week of feeling grounded and stable, I was disappointed that I was feeling this way. I learned a lesson. I’ll be more careful next time. It happens, right?

I’ll give you a breakdown on the last few days:

Energy: My energy has been great and very steady. I haven’t gotten much sleep the last few nights, and, even with that, I have felt good. After 5 hours of sleep night before last, I still had enough energy to workout yesterday.

Sleep: I haven’t gotten good sleep the last couple nights but it’s not because of sugar. I drove to a hiking club meeting an hour and a half away Wednesday, and I was too wired to sleep as I got home at 10:30 PM. Last night I was up packing and running around the house and was again too wired to sleep. I imagine tonight will be a re-run, but tomorrow night I can catch up! 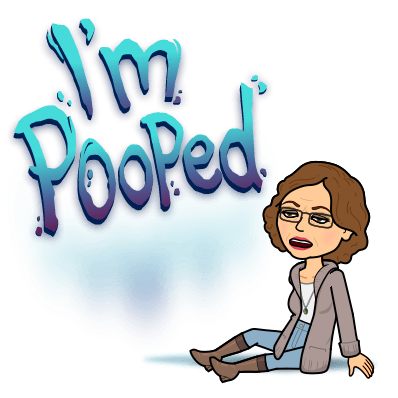 Brain Fogginess: My brain was really messed up after eating sugar at lunch today. Before that, I’ve had good mental days and got a lot done at work.

Mood: I have been a bit on edge, but I think it’s the lack of sleep that’s doing that. We’ll see.

Bodily functions: I’ll add this tonight and won’t mention it again. When I don’t eat sugar, I don’t wake up to pee in the middle of the night. And, on top of everything else, I become much more regular (if you know what I mean). I won’t post any pics on this!

Hunger: Yesterday, I didn’t get hungry at all. I remember the last time I got off sugar, I realized that my hungriness is part of the sugar cycle. Hunger – when my body is clean of sugar – feels different, and it’s not so insistent. I can just say “Hmmmm …. I’m hungry,” and I don’t even feel compelled to eat right away.

At any rate, I’m back on track with no sugar. I may even start my 30-day clock over. I’ve got a busy weekend. I’ll be in touch.

Talk to me, please... Cancel reply

I am a 50 something Louisiana gal who has lived all over and is still on the move in Michigan. I'm silly, sexy, spiritual, serious, sarcastic and sweet. Surely there's something here for you...grab a cup of coffee and stay awhile.

A different kind of credit union! Plus they hired me!!! #kalamazoomalldistrict
Making ice cream!!

Hits of the Past Week

Topics That I’ve Written About

My Blogs By Topic